The vensim modelling tool was selected for the purpose of this simulation.

Number of elephants in Thailand. Starting value is 8900 [1]. This is the variable that we are examining.

Number of elephants that are born
=Natality*Population

Number of elephants that have died
=Mortality*Population

Ratio of females in reproductive age

Ratio of deaths that happen due to unhuman behavior towards elephants and conditions they have to live in.[3]
=0.01685

Ratio of deaths that happen because of elephants being hunted either for skin, tusks or to capture young calve.[3]
=3.3e-05

Ratio of deforastation in Thailand, this has a close correlation to number of elephants as this the major factor affecting the population. [4]
=0.0035 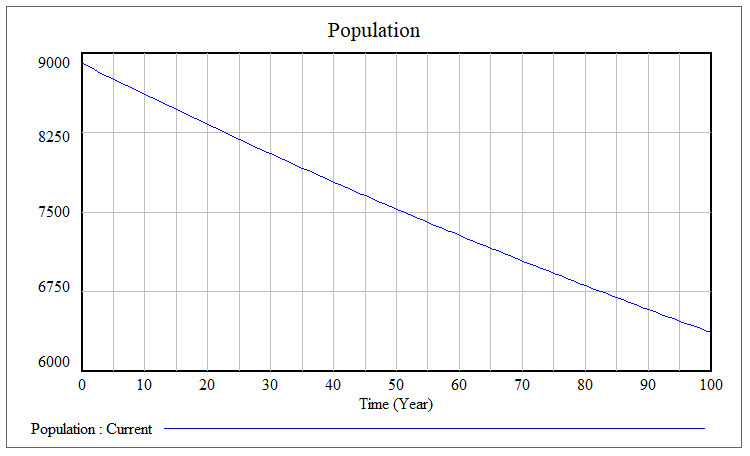 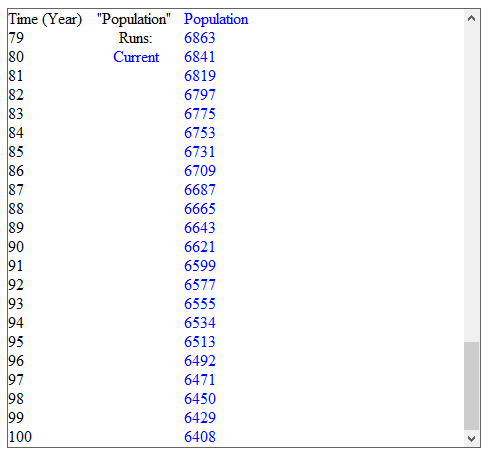 In this simulation I created a functional model representing the evolution of elephants' population in Thailand. The results show continuous decrease over the course of following 100 years. However there is a room for improvements, like parameter deforestation ratio because nowadays the problem of deforestation is gaining on significance in general public eyes and this might lead into deforestation ratio decrease and potentially lead into elephants' population growth. In addition, also the pressure from general public as well as organizations like WWF might lead into more strict government regulations.