Difference between revisions of "Intersection Optimalization"

Class: 4IT496 – Simulation of Systems

The intersection is displayed on the picture below (source: Google Maps). There are two ways from which cars approach the intersection. Vast majority of the cars leave the intersection on Anglická street. For the cars arriving from Bělehradská street, this means turning left, crossing the tram rail.

The intersection is directed by traffic lights. 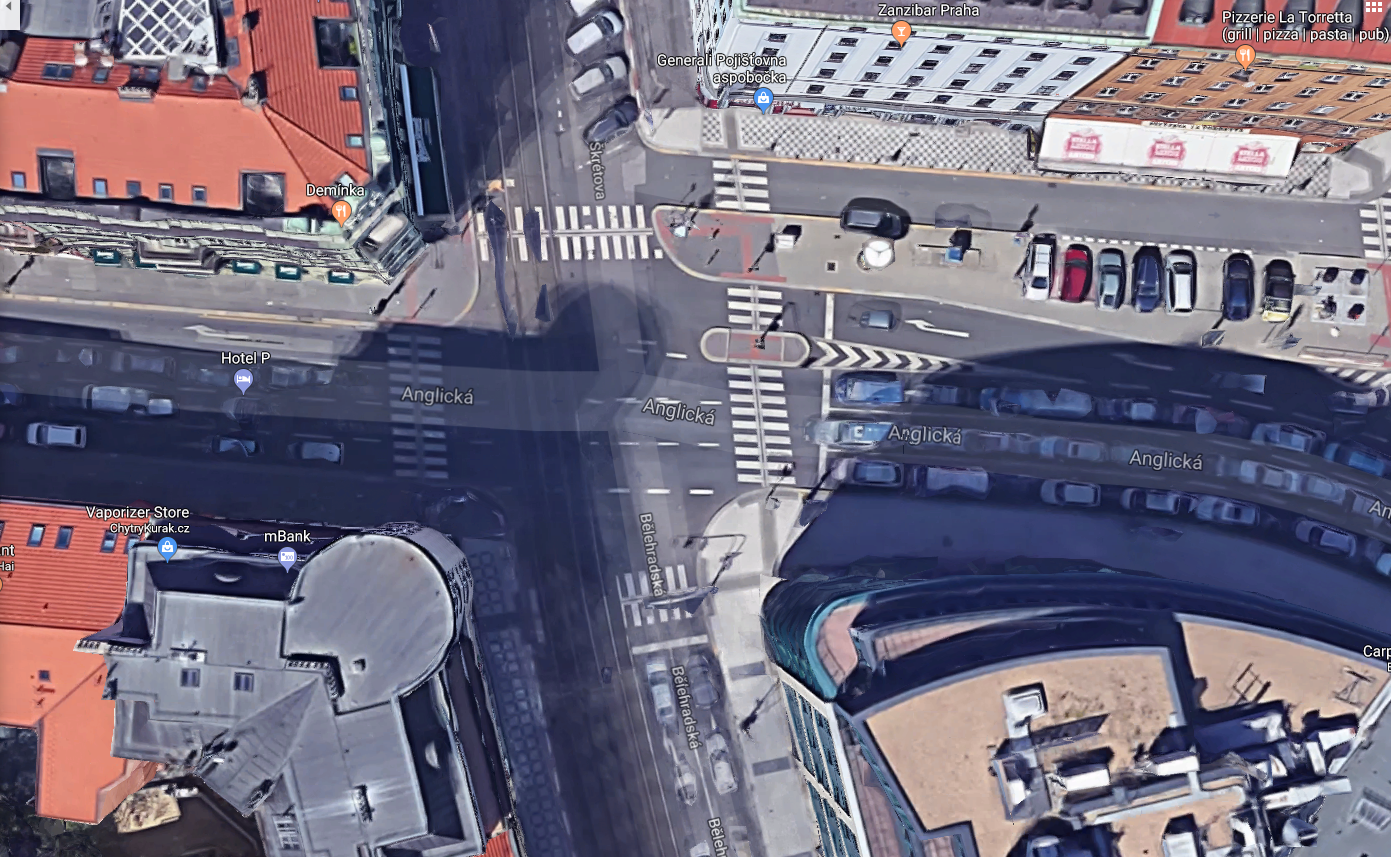 Goal of the Simulation

The goal of the simulation is to portray the current situation of the intersection (with the actual current lights' setting and number of incoming cars), and to find out and optimal lights' setting that would minimize the waiting time of the cars.

The fact that the cars are waiting only on one of the incoming streets points to the opinion, that the current setting is not optimal.

I obtained data about the current intersection situation by observing the intersection on Friday from 2.30pm till 3.30pm. This is one of the times when cars are waiting from one side only.

The times of the lights' setting and number of incoming cars were averaged to get regular times that repeat.

Black color displays the roads where cars drive. Blue color signifies tram rail. The arrows point to the direction in which cars or trams go. 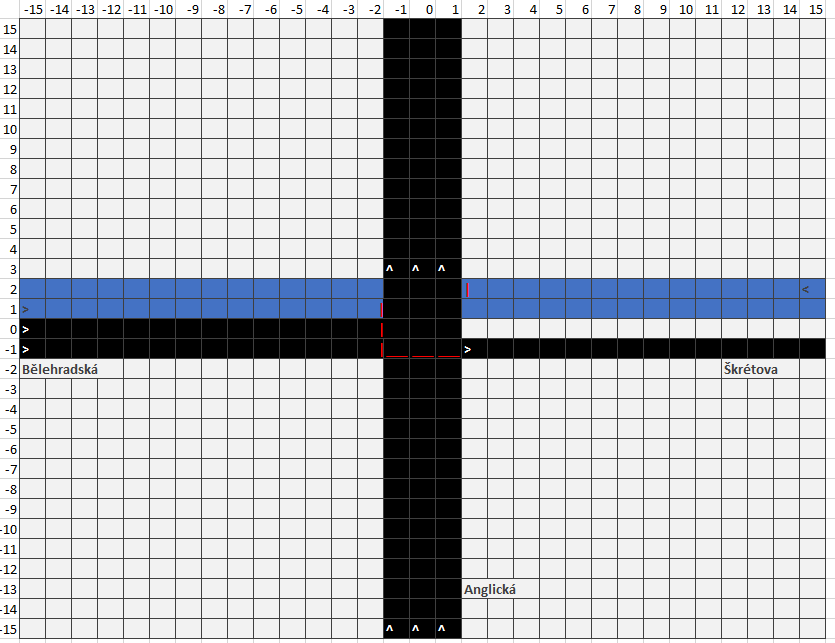 Trams drive on tram rails that are of blue color in this simulation. There are two tram rail, one for each direction.

Then the cycle repeats.

I let each simulation case run for approximately 36 000 ticks (1 second = 5 ticks). For each setting, I run the simulation multiple times and the times provided below are the average from all the runs.

The simulation with the settings based on reality provides results that correspond with the reality I experience on the actual street (mainly driving from Anglická street). As you can see on the following picture, which was captured during one of the simulation runs, there are cars accumulated on Anglická street, while there are just few cars on Bělehradská street. 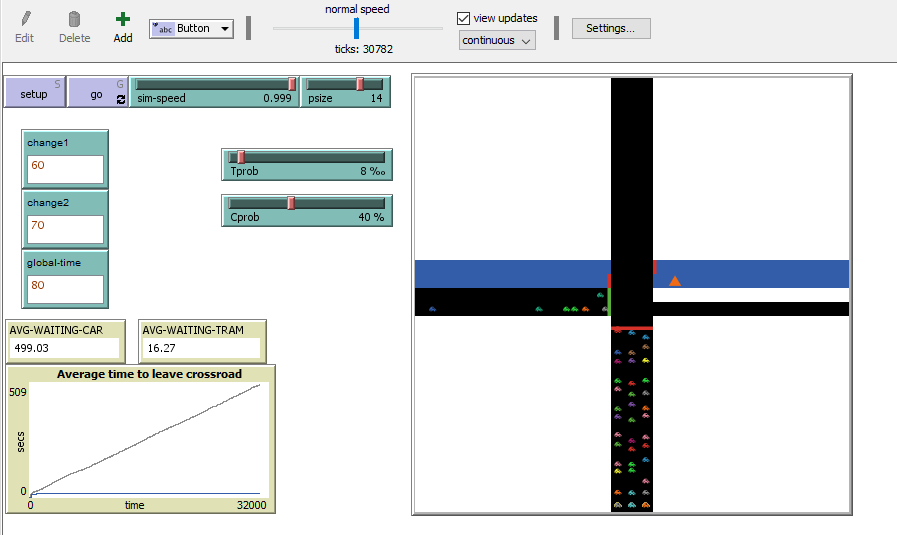 In this case, the setting is as follows (lights showing green light):

As I mentioned above, I kept the tram lights setting the same in all cases. I worked only with the car lights times, while the sum of the green light times of both car lights stays the same (20s).

The table below shows the results of all the cases I measured. Once the average waiting time of cars of the next setting started increasing, it wasn't necessary to continue onto the next case.

For all the cases, tram lights are green for 60s. The table shows the times (in seconds) of green light for Bělehradská street, followed by green light for Anglická street.

Based on the results I obtained from the different settings, the following setting seems to reduce cars' waiting times to minimum:

These results show, that the intersection is not set optimally regarding the waiting times of the cars.