The strength of tsunami

Tsunami are among the most destructive natural disasters on the Earth. They are most often caused by tectonic movements of the tectonic plates on the ocean floor. The largest occurrences of this nature is an anomaly in the Pacific Ocean, Japan, Indonesia and the Indian Ocean. However, the risk of tsunami threatens to virtually all coastal areas of the world. Among the most destructive disaster caused by the tsunami in the 21st century clearly belongs tsunami that struck the coast of Southeast Asia (Thailand, India, Malaysia, Bangladesh, Maldives ...) a little later Madagascar, the Seychelles and the east coast of Africa, where there are states like Somalia , Tanzania or Kenya. And so it is possible that one will hit the Brazilian coast and Rio de Janiero.

NetLogo 5.3.1 was the most appropriate software to illustrate this model.

Simulation is not based on any specific situation or article. It's just curiosity about what would have happened if. In this case, when the tsunami hit the coast of Brazil near Rio de Janeiro, the venue of the last Olympic Games. This area is known that there exists a minimum of tsunami. Frequent cases are rather different hurricanes or earthquakes.

In Rio combined population of 6.5 million inhabitants. Slider number-of-a person ranges from 5500tis. to 6500tis., because they take into account the possibility of a reduction in population due to epidemics or relocation.

I estimate that the number of inhabitants would be in would be located around 3 million buildings. Set as a random number. 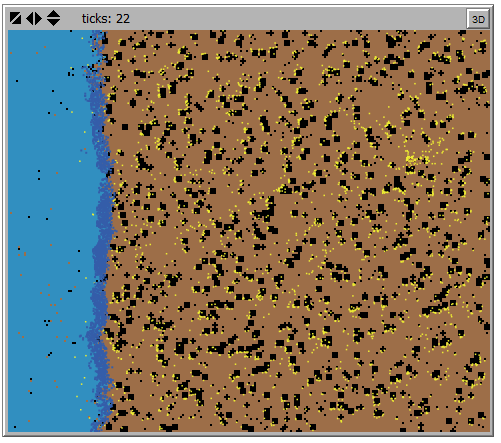 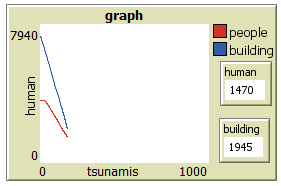 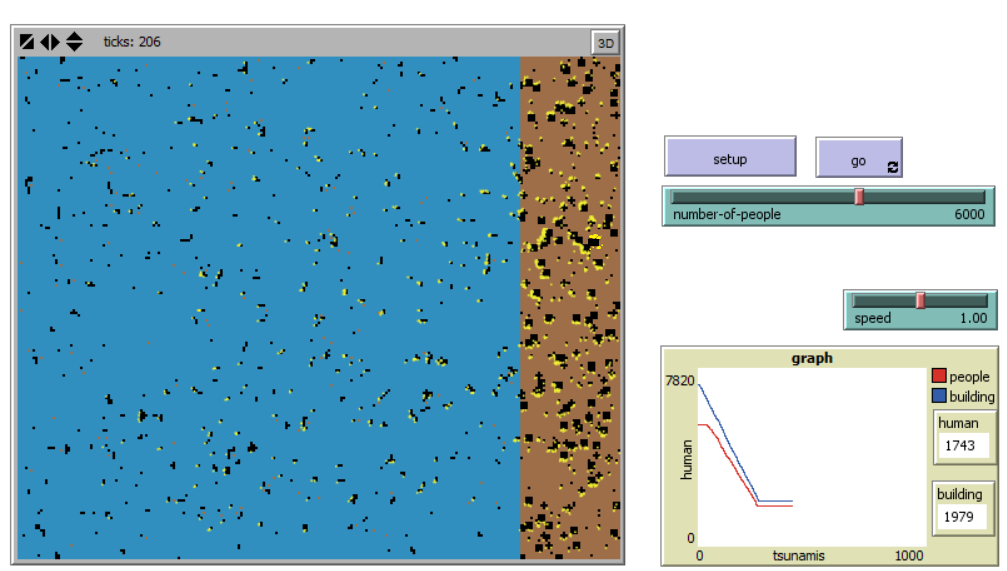 The goal of of this simulation was to show the effects of the tsunami on the coast of South America, where this phenomenon does not occur very often. As we have seen, the speed of the oncoming waves can cause dire consequences, the remedy would take a few years. Not to mention of the loss of life. You can partially prevent some form of alarm that had a chance to save more people. As for material losses, you can not control.