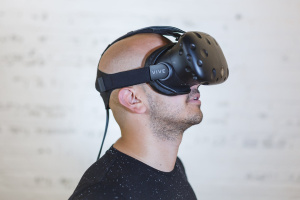 Virtual reality devices have been on the market for quite some time. To retail customers, they are marketed mainly as a new way of entertainment. You can immerse yourself in a different reality and experience a gunfight, a rally race, or a historical sword battle. But usage of virtual reality can go way beyond just entertainment. Through serious gaming, it can be used for training and learning people or even as a tool for helping people with disabilities. Virtual reality provides a new way of interacting with computers and the world around us. It has already made significant progress in various industries and will likely continue to do so in the future.

How does virtual reality works? 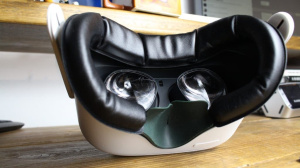 Inside view of the Meta Quest 2 virtual reality headset

Virtual reality is defined as the use of computer modeling and simulation that enables a person to interact with an artificial three-dimensional (3-D) visual or another sensory environment. [1] Immersion of a person into a different reality is done by particular hardware devices – headsets, goggles, controllers, gloves, etc. The most crucial hardware piece of the system is the virtual reality headset. The headset covers the eyes and typically includes a high resolution, high refresh rate screen or screens for each eye. Besides the screens, there are several motion sensors in the headset as well. These sensors track the movement of the user’s head and adjust the display accordingly, creating an illusion of being in a virtual three-dimensional environment. Nowadays, there is quite a wide range of headset devices to choose. The high-end models usually need a separate computer to be able to operate (e.c. HTC Vive), but there are also standalone devices that can be used without an individual computer (e.c. Meta Quest) as well as headsets that use person’s mobile phone as a screen and a computing device (e.c. Google Cardboard). Leading tech companies manufacturing virtual reality headsets are Samsung, Meta, Sony, and Microsoft [2].

Several accessories can be used with the headset to enhance the virtual reality experience. The most common accessory device is a hand controller. Such a controller is designed to be held in both hands and allows the user to interact with the environment by moving his hand and fingers. Controllers have a vibration function as well to provide haptic feedback to the user. Besides the tracking sensors in the headset itself, some virtual reality systems offer additional trackers around the user's room. These sensors track the motion of a person around the room, so not only head motion but also in space motion of a whole body is reflected in the virtual environment. Other accessory devices are usually built specifically for a particular simulation – steering wheels, treadmills, etc.

Virtual reality development is an exciting and rapidly growing field, with new VR experiences always being created. Development involves various tasks and skills, including programming, 3D modeling and animation, design, and user testing. The most commonly used game engines for virtual development are Unity, Unreal Engine 4, and Cryengine. [3] Stand-alone headsets also run their own operating systems for users to control the device and download games. Headsets that require an additional computer to run are provided with a set of drivers from the manufacturer, and you can set the device from pc. When the games are publicly available for retail customers, they are usually placed on distribution platforms like Steam, Epic Games Store, or Google Marketplace.

The first ideas of virtual reality dates way back to the 1800s. In 1839 the first stereoscope was invented, using twin mirrors to project a single image [4]. It created a sense of being in a different 3D environment, but it is far from the virtual reality we know today. 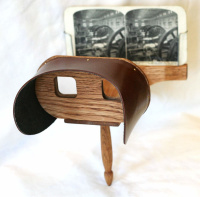 One of the earliest forms of VR was the "Sensorama," a machine developed in the 1950s by Morton Heilig. The Sensorama was a cabinet-like device that used a combination of sensory stimuli, such as stereo sound, smell, and vibration, to create the illusion of being in a different place. The Sensorama experience simulated a real city environment, which you "rode" through on a motorcycle. [4] 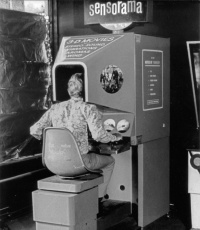 In the 1960s, Ivann Sutherland created the very first virtual reality headset for use with military applications.[5] Headsets were designed for training exercises using specific military software and a motion control platform. The military has adopted these headset training tools as the norm for training for flight exercises, combat situations, and more.

But it was not until the development of more advanced computing and display technologies in the 1980s and 1990s that VR became more widely available and practica. A few simulation arcade games started using VR headsets, and Nintendo unveiled the first home VR system. One of the earliest widely popular home gaming consoles was the Virtual Boy. Only a few pieces of software were compatible with the Virtual Boy, and all the games were made in red and black. [5] Users would operate the game with a standard Nintendo gamepad while wearing a virtual reality headset. Unfortunately, the device was quite awkward to use, and because there weren't many games and the two-color display, sales weren't as good as they were for the other Nintendo consoles at the time. [5] These devices were too innovative for their time (with components being far too expensive to source and most home computers being far too weak to power anything worth playing). 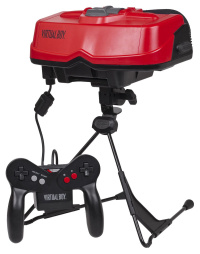 The latest revolution in virtual reality came with the Oculus Rift. Oculus Kickstarter campaign went viral online in 2012. Palmer Luckey introduced the concept of the Oculus Rift and Oculus Touch controllers. The fundraising effort exceeded its $250,000 goal by ten times, reaching $2.4 million. [6] The factor that catapulted Oculus's market dominance was affordability. Oculus only operated for two years after its successful Kickstarter campaign before Facebook (Meta Platforms) acquired it. Nowadays, Meta Platforms is one of the leading manufacturers of virtual reality hardware and software.

VR enables a more participatory and exciting learning experience by submerging students in realistic, 3D environments. Virtual reality is being used in education in a variety of ways, including:

Overall, the use of virtual reality in education has the potential to enhance learning through interaction, engagement, and customization, and it is expected that it will become more prevalent in education over the next few years.

The ability to repeat tasks and scenarios in a way that is not achievable in the actual world is one of the main benefits of VR training. This can be especially helpful in industries like aviation and the military where mistakes can have serious repercussions. Since VR training does not require physical facilities or equipment, it might be more affordable than traditional techniques. VR training can also be used to generate virtual situations that are not achievable in the real world, such as simulations of hazardous environments or extreme weather conditions, in addition to imitating real-life scenarios.

A variety of illnesses have been treated by VR therapy, including:

Virtual reality technology can help to increase the efficacy and efficiency of the design process by enabling designers and architects to generate and explore virtual 3D models of buildings and other structures. Designers can explore and test many design concepts by using VR to produce realistic, interactive 3D models of buildings and other facilities. It can also be used for immersive presentations of design concepts to provide a better understanding and experience of the design to clients and stakeholders. 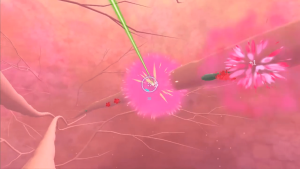 Company Pixo provides virtual reality training services. Their focus is within enterprises for hard and soft skill training. Pixo provides a variety of training programs, such as [8]: 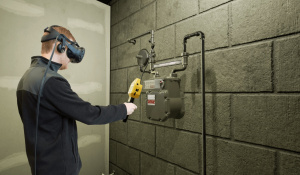 Meta Horizon Workrooms is a virtual space that brings teams together in the metaverse. [9] Participants choose their personal avatars and collaborate in a virtual workspace. Virtual reality environment provides a better sense of presence than traditional video meetings. Meeting participants can use shared whiteboards or sticky notes as they would be in a real conference room. 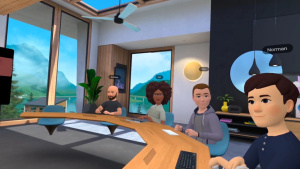